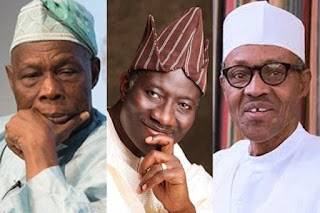 Over time, people’s interest had increasingly manifested in the realm of political and economic administration of human endeavours due to the fact that the position of governance had brought within itself lot of goodies – fame, wealth, power, influence and lots more shouldered by either an individual or a cabal in a society. Thus far, the overseer in any jurisdiction or tiers of government seems to bear all responsibilities for the tenure’s successes or failures respectively. As such, he/she can be likened to either a king or a queen who is held responsible for the happenings (positive and negative) in his four cardinal jurisdictions.
Nevertheless, the path of getting to the position of power at any point in time had been within and outside the control of the general masses. In other words, the seat of leadership can either be by absolute rule or election. Absolute rule here denotes the dictatorial nature of governance without the confines of the people while the electoral notion connotes the involvement of the general masses on the choice of leadership.
Once upon a time, freedom was unexpectedly extended to an individual for greatness – leading a nation. In his administration, lot of ups and downs were recorded but in the land much respect were accorded to him due to his efforts in making dialogue easy and affordable amongst the occupants as well as outsiders. At the departure of that King, a new leader emerged through the people. The leader’s reign was caught short by unforeseen circumstances open to relatively few and close to the larger entity. The King never lived long to execute his paper intentions, ideas and plans but rather was assisted by a fortunate fellow who never dreamt of becoming a KING so quick.
On a fateful day, after much argument by elite of the territory, he was installed to finish up the tenure of the demised elected leader. He did according to his will and at the taste of the soup, contested again and was officially elected to rule. His tenure was marred with unexpected insecurity issues in some part of the nation, economic growth and development were redundant as usual regardless of the wealth accumulated from the nation’s natural resources.
As a result of his hot romance with the position, he disrespected the figures that brought him to power with an optimistic view that he will win the next election without their support. Shockingly, he bowed out of office having lost the flagship of his political party to an emerging arch rival.
The lead role of this fast rising party had earlier contested on different political platform on different occasions before he finally won at the age of Metusela. His reign so far had been full of criticism over time mostly from opposition party and intellectuals (academia’s). Some were of the opinion that the tenure was too young for scrutiny, some acclimatize the current bizarre economic downturn to the yester government due to their corrupt practices while some viewed the new entrant as a party without framework for the running of the administration due to diverse reasons. Whatsoever it is, all the aforementioned leaders played a quota on the type/level of development experienced today.
Thanks for your attention.
GOD bless THE COUNTRY
GOD bless the LEADERS of TODAY
GOD bless the LEADERS OF TOMORROW