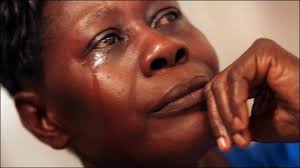 Marriage is the most beautiful thing craved and embraced by young chaps (especially ladies) in the 21st century but its clothing can be disheartening (as times goes on) if adequate care and caution are not acknowledged. The ceremonial avenue is always sweet, rosy and breathtaking but because its a journey full of ups and downs - series of cases arises.

Patiently attest to the underlined questions with a deep thought.

The issue at hand is not to agitate for equality at home but rather to showcase the beauty without leaving out the beast in coming together. Union of man and woman "marriage" from any historical epoch, geographical concentration/foci, cultural pole remains a thing of joy at the ceremony (at first) which can later assume a bitter/sour/ pole in the life of the party involved. The two in question assumes different qualities often termed as compatibility which is key to a successful ending - where the man supposedly the bread winner, the woman (wife) the supporter of the continuity and livability of the household.


SEE ALSO; Breathtaking Mother In Law you DONT want to MESS With
On a realistic term, the roles of the duo have shifted grounds in the 21st century which has brought about serious manageable/unmanageable situation (crises at its biggest form). Worthy of note, the way the pressing issues are been attended to remains a source of worry. On that note, most "atavistic" man result to physical act with their helpless counterpart (by their normal nature) which has therefore led to bruises/scars at least, coma at worst and carnage at the extreme.

Nevertheless, that woman you swore "for better for worse" with for whatsoever reason does not deserve to be battered in this age. Their nature warrants  them to be pampered, cared-for like sucklings, caressed like pets at most. Without mincing words, there are "trouble shooters" "war mongers" amongst them which you chose yourself for a lifetime.

Why worry then?
Why batter them?
Why abandon her?
Why deny her that reason which she accepted your proposal?

As a reasonable and responsible man, the act of wife battery for whatsoever reason should be out of the tool for punishment in this globalization age. As the pharmacist advises, if symptoms persists see doctor. In this case, if battery persists - divorce is the only way out to avoid premature death. This is more or less an assurance that the doer "man" is not man enough, he deserved to be reprogrammed, re-organized, and re-orientated. GOD above all, when the case is not a normal case - a divine intervention is another way out.

I Stand with "Serious Minded" Housewives who deserves the best from their HUSBAND but always get their ass/face whipped every now and then for "unreasonable" and "selfish" reasons.


RELATED; Ten Reasons why Nothing can REPLACE Motherhood
#Celebrate Womanhood#
#Celebrate Life#
Life without them "The GOOD, The BAD" is totally INCOMPLETE
news relationship