Why Economic Recession Thrives Longer than Anticipated in Nigeria 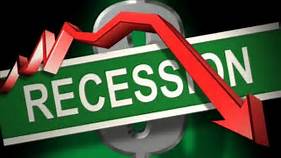 From time immemorial, issues regarding uprising and downsizing of the economic state of the nation across the World (Nigeria inclusive) has been of utmost priority to all and sundry bringing about different notions and arguments. Some scholars assume “economic twist” whether positive
or negative is a caused by internal affairs i.e. custodian of the economic affair of the nation, while it is also noted that the fluctuation in the economies of nations today is a product of global relations "globalization".
Basically, the bone of contention here “Economic Recession” from anywhere in the World is simply the declining state of the economic stand of the nation. In other words, the business activities (buying and selling) of nations’ through natural resources (oil, cocoa, rubber, limestone) or technology does not account for a profitable stand on the balance sheet as against their past experiences. In light of these, it is quite a necessity to enlist the contributory factor to the declining state of the economy and why it thrives longer on Nigerian soil.

A layman point of view of the current economic recession faced by the Nigerian government and its populace is simply an internally facilitated scenario - the management of the economic realm of the nation is rather ineffective. Noticeably, economic recession as experienced in Nigeria is not quantifiable with the first explanation because it was globally shaking nations of the world.

RELATED; Entrepreneurial Options for Making 2017 in Nigeria's Recession Period
One cogent factor responsible for the current economic downturn in Nigeria is linked to her dependency level on a monopolistic product for generating revenue. As Oil prices crash from $110 per barrel to $40 per barrel as a result of globalization, serious twist in Nigeria’s income rate led to a shortchanged in her expenditure which really caught them unaware. Globalization was the key here, which further deteriorated when naira doesn’t have a formidable stand against the dollar which was fluctuating between N400 and N500. This sole act gave room for inflation, poor standard of living and a high cost of living respectively.

Nevertheless, another reason responsible for the economic recession in Nigeria can be attributed to lack of economic foresight. This point is annexed as a result of the state of the nations’ account before and after (from hero to zero) the transition to the much-anticipated governance of All Progressive Congress under the leadership of President Muhammadu Buhari. This sole act made the incumbent government dip their hands into debt (internal and external) in order to manage the recession period.

In spite of all these mechanisms, the wind of recession blows on heavily affecting individuals (standard and cost of living), organizations (mergers and acquisition, employees layoff rate, productivity level, performance) and the society at large (low level of returns accrued). It is, therefore, more worrisome that the situation lingers on in Nigeria today for various reasons.

READ ALSO; How to Make it in a Breathtaking Economy
The paramount reason why Nigeria still wallows in recession today is linked to the standard of economic team of the government, lackadaisical attitude  shown by the federal government to the scenario coupled with non-adherence to past economists and administrators advice. While the economy languishes, the federal government keeps hoarding money and feeding the general public with gists on recovered loots from former administrators and head of services from various sources; suck-away, cemetery, abandoned building...

There is only one way out of this situation- the readiness and sincerity of the constituted authority at various level to stop hanky panky (mind) games with Nigerians.