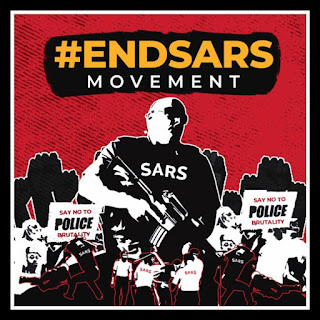 #EndSARS movement is not a new development in Nigeria as it's first call dated back to the year 2017. The movement started and usually ends by the declarations of the government that the unit Special Anti Robbery Squad (SARS) has been disbanded from the Nigerian Police. The same thing has been happening whenever the youths raised an eyebrow on the inhumane practices of this unit from the year 2017 up until 2019.

This year's clarion call to end the brutal activities of SARS took a different shape, approaches and tactics from across the Western, Eastern, and Southern part of Nigeria while the Northerners were on the other side of the reality. What then were the keynotes from #EndSARS movement so far? Kindly feed your minds below.

READ ALSO: Why EndSARS Campaign Alone won't do the Magic

On this note, this year's #EndSARS movement took a better shape and we hope the movement will birth the result we long to see in our society. We deserve a better government. We deserve accountable leaders. We deserve abundant opportunities. We deserve quality life. We deserve better infrastructure. We hereby join others on the protest ground to say no to #youthextortion #policebrutalityinnigeria and #badgovernanceinnigeria