Dilemma of Unwanted Pregnancies in 21st Century; The BUMBAY Experience 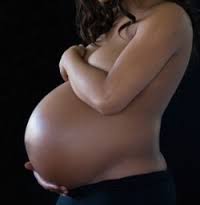 Dating today cannot be assumed a succinctly different notion from Marriage owing to the way it is being perpetuated. Hence, relationship between GUIRLY - Girl and Guy comes with a lot of dramas; fights, showoffs, surprises, outings in various dimensions.
Noticeably, the juice in relationship today is far from just "SEX" and surprisingly it is mostly anchored on SEX by the party involved.

Prior 20th century, the orientation and attitude of the duo towards "Sex" as a prerequisite in a relationship was at a low ebb compared to this age where lots of sexual experiments have been carried out within and outside the laboratory leading to commonly tagged "Unexpected/Unwanted" Pregnancies.

SEE ALSO; Why Ladies Fall to Wrong Guys Repeatedly
Unwanted pregnancies in a relationship today does not necessarily assumed the position ascribed to it because it is a product of the "Piston and Ring" which cannot but work hand-in-hand to support and power the engine for effective production "Pregnancies". At the occurrence of the so-called "unexpected" pregnancy, different bizarre actions and reactions begin to pop up between the two party.

On the guy's part - the giver of the other egg needed,
READ ALSO; Why you need to Consider Distance Relationship
On the girl's part - carrier of the major responsibility;
The aforementioned is the reality of BUMBAY which is not quite different from the experiences of GUIRLY today.

If Abstinence is not an option.

Use Condom to avoid the "unwanted" and other Sexually Transmitted Diseases

Face the Reality and embrace the Unexpected
relationship