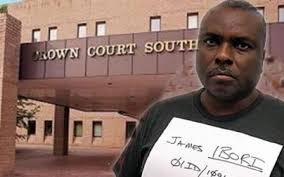 The return of the former Governor of Delta State, Chief James Ibori, from UK jail has been applauded as a great defeat by his kinsmen. The Oghara born was welcomed with great celebration, ranging from thanksgiving to congratulatory messages on the media, even after serving a 13-year jail term in the United Kingdom.

Personally, I have less issue with people (of Delta state) painting the whole town red to celebrate his “victorious” return, what I'm mostly concerned about is the metaphor used to describe him in a congratulatory message in one of the Nigerian dailies-“the lion is back”.

SEE ALSO; President Muhammadu Buhari Death Rumour - Tips and Considerations
I cannot but be perplexed at the pride, effrontery, and encouragement these people have given him to do more.  What is so “lionable” in being an ex-convict?
Can the metaphor “The lion is back”  used for the ex- convict mean that since he has been bruised, he will come back like a wounded lion, or a lioness in labour and the only thing that will suffer is the Nigerian economy? In an ideal sense, he should;
Well, a similar case has happened with the then national vice chairman in the south-west zone of the People’s Democratic Party (PDP), Chief Bode George, who was also welcomed in a grand style of thanksgiving service for a “well-served jail term”. I don’t blame the celebrated “Icons” but I blame those that supported in their show of shame, all in the name of celebration.

RELATED; Why President Muhammadu Buhari and Co. Seek Medicare Abroad
The former governor, James Ibori after been convicted said African Politicians never retire; yes, he has every nerve to say that, because we live in a country where an ex-convict can rule the whole nation and nobody dare says anything about it. “Nobody wants to die, but they want to go to heaven”, I won’t be surprised if he contests in the next election. In this part of the world, anything goes.
To Mr James Ibori (sorry, chief Ibori), no matter what you do, you are still an ex- convict. Well, you are swimming in the fame and popularity.