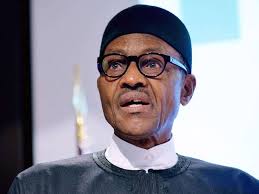 Arguably, the death of a poor man in the society has no meaning and account to the general public while the sojourn of a rich popular person raises a lot of eyebrows. Simply put, the irony of life is like a chameleon full of dramas where life is light while the opposite (death) is "darkness". The respect given to the life of an individual is directly connected to their position in the society (profession, occupation, national duties/assignment), which therefore grants them the same respect at their demise.

Death rumour in Nigeria's politics is not a new development to the updated/informed being from inception till date (except for cases withheld for traditional rites). Among the list of the death-rumoured dignitaries who lived afterwards were;
The most controversial of the issues above is the case of Ibrahim Babangida who was proclaimed dead far and near to the extent that beans cake (Akara) was prepared hot and delivered as well as showcasing his casket.

See Also; Why President Muhammadu Buhari and co Seek Medicare Abroad
The truth of the matter at hand is faulted because the acclaimed dead has not spoken other than comments from the Acting President - Yemi Osibanjo, Presidency and Minister of Information - Lai Mohammed. The hidden agenda is simply the health status of the President in diaspora which can be critical (supported by tech) as experienced by the then President Umar Musa Yar'Adua.

Another worthy point is the devastating state of the nations' economy, his prolonged absence for medical reason (beyond the date of return without any official speech by him) brought about rising protests - IStandWithBuhari Vs OneVoiceNigeria (Chaired by Tuface at first).

Related; Gist Government (Gsquare)
In addition, the death rumour has also brought controversies on social media sites (facebook, Instagram, twitter...) among Nigerians home and abroad (celebrities inclusive) for unbearable hardship felt by the masses due to high rate of inflation determining the cost and standard of living while another party (low percentage), stood firm with the government.