Why the Marriage of Most Female Celebrities Ain't Everlasting Today 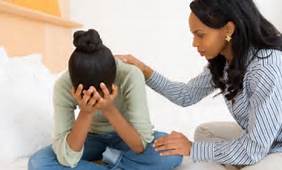 To an average "struggling" man, it is quite easy to get hooked appropriately with lesser worries and lesser chances of breakup compared to a wealthy and famous person who gets proposal/toasts every now and then from different caliber of people. Although, being wealthy is not an issue but rather the powerful elements that come with the wealth (power, fame, ego, popularity, respects and lot more) is jointly capable of threatening the sustainability of one's relationship.

READ ALSO; Guys Profession Ladies Need to Understand Before Dating Their Type
At this juncture, it is quite important to enlist why the marriage of most female celebrities crash so easily. The factors responsible for this heartbreaking scenario is within and outside them. Those factors within them are linked to; trust, ego, nature of job while the outside factors are related to the time of marriage, pressures from family/fans/friends, and mass media effect.

TRUST
This is arguably the sole factor that remains crucial for determining the extent at which a relationship thrives regardless of one's financial status. As love is a binding rule, trust remains the irrevocable element in a relationship. The moment trust start blinking from any party's angle - cheating is assumed and an uncontrollable assumption can lead to the end of the relationship.

UNCONTROLLABLE EGO
This is simply a poison to any form of relationship - friendship, courtship and marriage at the extreme. Ego is simply self-worth or self-image which one needs to check without conflicting with that of the other person. The moment one's ego is always placed ahead of the other party, a slight issue becomes unmanageable which can later set marital crashes on the wheel.

RISKY TIME TO CHOOSE A PARTNER
Arguably, the chances of a marital engagement crashing before fame are at a low ebb as against that which comes up when all the goodies of life are with them. This is not to say a glamorous wedding is bad but rather it crashes when the goal, motive, interests, and orientation of the duo are in diversities. Only on rare occasions will you find one out of ten that successfully lived happily after without public disgrace at any point in time. Practically, can you imagine who 2face (popularly known as 2BABA) would have gotten married to if not Annie? I'm sure, he would have been out of one marriage to another.

Hence, choosing a partner after stepping into limelite is a very risky aspect of their life because it takes more than human wisdom as a criterion out of other physical characteristics to succeed. This is why Rita Dominic recent saying "Only God can choose her the right man" cannot be joked with.

NATURE OF JOB
The nature of female celebrities job/occupation/profession goes a mile to determine their experiences in marriage. This preferred job of theirs (acting, singing, dancing, modelling...) exposes them to a different kind of risk capable of shortening the lifespan of their relationship. It only takes adequate wisdom and understanding for a man to withstand all the odds in the job and continue the relationship without molesting/abusing them.

PRESSURE
Pressure to get married is the course of concern here. Such pressures come from all nooks and crannies-family members, fans, friends-which pushes most celebrities to tie hook with any available boo for the sake of joining the club of "I'm now Mrs. So-So-So". Although, the pressure faced by these celebrities might be based on their age since they already have all the goodies of life with the exception of a family of procreation. In essence, whenever the pressures outweigh what they can manage/control, introduction cum traditional wedding knocks before the glamorous day (which often do not stand the test of time).

SEE ALSO; Reasons Why Ladies Fall to Wrong Guys Repeatedly
MASS MEDIA (especially Blogs)
Special thanks to mass media (electronic and non-electronic) of today for bringing into spotlight hidden agendas, beautiful stories, and happenings from around the world. On another note, this medium has also contributed immensely to the rate of marital instability today. Are you querying this? Continue reading

Most times, family issues that can be settled amicably are always unfolded and interpreted to mean different things thereby affecting the workability of the relationship.

All said and done, covetousness and unfaithfulness on all platform cannot be underestimated for the sake of marriages today. #Take Note
relationship