Democracy Day Celebration in Nigeria; A FlashBack Till Date 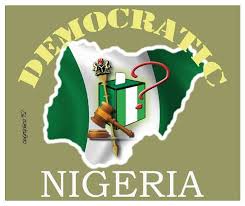 It's been 57 years since Nigeria had the leverage to be ruled by their own indigenous people they trust. This opportunity might never come if not for the relentless efforts of freedom fighters from different nooks and crannies of the country. Such honors goes to the likes of Chief Obafemi Awolowo of the Yorubas, Nnamdi Azikwe of the Igbos and Sir Ahmadu Bello of the North... who ensured independence was granted to their beloved country.

Leaving off from the path laid by the Colonial masters, several noticeable lifestyles/cultures were drafted into the life of Nigeria consciously and unconsciously as well as other Africa nations. Democracy was one of the adopted lifestyle of the West which is basically the trending system of government by statistics in 21st Century.

RELATED; Why Economic Recession Thrives Longer Than Anticipated in Nigeria
As Nigeria progresses, several freedoms highlighted above were trampled upon with the emergence of the military system of government which reigned for as long as 1966-1979, 1983-1999. Ever since 1999, Nigeria has been practicing democracy leavings its citizens with a bitter sweet experience. Had it been the system was genuinely practised without sentiment, massive development of infrastructures and social amenities at significant proportion would be noticeable in all geopolitical zones. Also, the continuous agitation by the Biafran group would not have thrived longer than the civil war but because they feel left-behind, marginalized such agitation lingers.

I wouldn't want to say Nigeria is now in a modernized slavery era. But considering the fact that it is ruled and has been ruled by same clique, there is no shying away from the truth. Those clique made Nigerians believe they are representing the masses but are in the real sense representing their pockets. It is like a bird that has been itching to fly, but when finally given the opportunity, it came with a condition of its wing held.

READ ALSO; Bizarre Things 21st Century Folks are Celebrating
Yes, Nigeria is practicing democracy, but the general masses are not enjoying the privileges of democracy. This should be indeed worrisome to every reasonable Nigerians. Amidst all these, I love Nigerians attitude towards their helpless situation because of the popular saying "if you can survive in Nigeria, you will survive anywhere in the World".

To the Patriotic citizens who have been upholding the flag positively, and has never let the labour of their heroes past be in vain, I say happy democracy day from all of us at Realities of Today's Blog.