What will give ROOM for Worthy Aspirants in Nigerian Politics Today 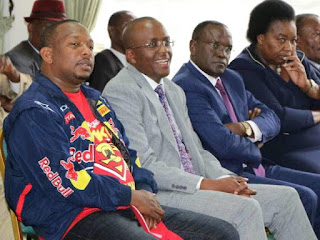 Politics in Nigeria as it is today has incubated in itself several obstacles that restrict and limit the chances of participation for all and sundry; especially the youths, less privileged, and less influential. It is in light of the above, that certain campaigns have been staged as well as series of protest from all nooks and crannies of Nigeria's jurisdiction.
One of the fundamental changes expected in our political engineering is about aspirants and party nomination. Hence, the need for quality representation and leadership demands that the following should be ensured;


MUST READ; Another Chance for Ijebu State to Come to LIfe - Take it Now or Wait Another Decade
On the issues of party nomination, this has suffered greatly and is compromised on the altar of “godfatherism” and money bags. No wonder we experience terrible corruption in our political landscape. Party nomination should be made to reflect the zeal of a country that wants to grow and develop through the efforts of her leaders and not mere politicians. This could be achieved if the following can be considered;
A group on Whatsapp named “Peoples Parliament” on the 9th April 2017 brought up the aforementioned topic for discussion which raised a lot of arguments among its members leading to various comments in form of correction and amendments where necessary. The discussion was kick-started by one Mr Onabanjo who stated that “if truly we want Nigeria to develop and claim her rightful position in the eyes of other nations, we must reduce the party nomination form fee to an affordable price in order to assist the less privileged exercise their constitutional civil right ”.

READ ALSO; Exact Plan Nnamdi Kanu Needs to Achieve More than Biafra's Independence
He, therefore, suggested that party nomination form fees should be reduced in contrary to the one given by the Senate President, Dr Bukola Saraki to a minimum rate:

Going by his suggestion, Mr Claire affirmed that there is a need for an urgent call to review the amount placed on party nomination form which will encourage the right people to emerge. But in a contrary opinion, Mr Olaniyi argued that bringing down the price to a ridiculous amount will render those offices useless to the extent that an ordinary mechanic will stand a chance to win based on the low price of the party nomination form. He added further that there will be no respect for those offices in anyway.

In another reaction from Mr Onabanjo, he stated that for the country to experience the exact change they voted for; they need to start from the nomination form and make it available and affordable for all and sundry. Due to this, the general masses will have to choose among the aspirants who they feel suit the post.

Mr Claire further agreed with Mr Onabanjo that the party nomination form should be reviewed and made available for the people with intellectual minds who are willing to drive the country to the dreamland. Placing a huge amount of money on party nomination form is a way of subjecting the masses or the less privileged to the lower ground. In order words, the amount placed on the form will only give the capitalist who owns the means of production in the society the opportunity to contest for any post since they can afford to pay the huge amount.

RELATED; Administration of KING JON BUH - Reactions and Criticisms
Mr Onabanjo also agitates that implementation of Confab Report 2014 will drive Nigeria forward and save her from going into economic recession again. He buttressed further that even though the capitalist can still indulge themselves in using the money to buy the electorates, it will still be in the record that majority were given the privilege to exercise their constitutional civil right as good citizens.

Mr Olaniyi who suggested that it would be better if the Senate can deem it fit to use the Parliamentary power to reduce the amount based on these under-listed suggested amounts;
Mr Onabanjo hereby concluded that:
In simplicity, all these will give room for youths participation in Nigerian politics.