Why Polygamy Does Not Fit into 21st Century's Agenda 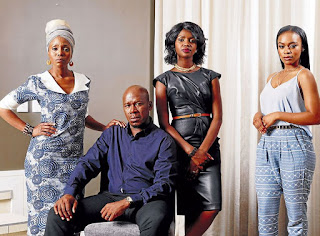 The act of marrying two or more wives by energetic, productive and resourceful men has basically been a thing of joy and celebration in the time past - particularly in Africa regions. This act in itself signifies power, strength and dignity for the head of the family "man" who plies the trade for economic purpose or agricultural reasons.
Traditionally, this act is embedded in the lives of every African man but as cultural norms become diluted and diffused through the intervention of modern day religion (Christianity/Islam), the practice consequently becomes a right for some while it is a forbidden fruit to the other.

As Christianity preached monogamously, the rival religion propagated by Othman Dan Fodio, "Islam" endorsed polygamy as a way of life. Considering the decades of this pronouncement (in line with the holy book), it is quite essential to ask or think about its applicability in this rapidly changing world of ours. The simple quest sophisticated polygamy fit into the agenda of the 21st century?

READ ALSO: The Real Faces of the CABAL Affecting Nigeria's Growth and Development
To some dogged believers, polygamy is a commandment that must be adhered to without minding its economic implications for their livelihood. Most of these people key into the indoctrination for their perverted desires but in the real sense, they tend to marry numerous women with the excuse that their population outweighs that of the men, consequently subjecting their children to several kinds of undeserving treatments. With little or no concern for their academic activities, the parents usually cause their children to neglect university education based on their father's misconducts.

Objectively, this act is more rampant among the Islamists who hold it as a duty to marry several wives and bear uncountable children as compared to the few Christians who indulge in the act either by accident or as a result of their personal convictions.

However, taking a critical assessment of the 21st century family trends, it is worthy of note that polygamy is not advisable for those who want a comfortable life here and in the after. The reason is not far-fetched; The 21st century is not an agrarian society (where numbers of wives and children count for agricultural paparazzi or social glamour; rather it is a dispensation when economies have the tendency of falling heavily and vice versa without any official notice due to national and international forces which are most times intricate. This 21st century is a sensitive period that requires adequate family planning not only as a method of birth control but as a standard of sophisticated living, organisation and understanding to propel the wheel of the family to the required direction. The 21st century is a season when the basic law of nature, "survival of the fittest" supercedes all; 21st century is a dispensation when feeding out of the basic needs takes a chunk of people's earnings.

MUST READ: Why Female Nurses Experiences Marital Crises Today
In light of the appraisal of the 21st century social characteristics, it is worthy to submit that polygamy is not a thing of this generation. Buttressing further, a microscopic view of the marriage structure/type favourable to billionaires in Nigeria and in the diaspora is a practical example or a living proof of this scenario. The majority (say 98%) lives with one wife and two/three children while some people still deem it fit to claim their rights to marry more than one wife to fulfill all righteousness. The adverse effects of this union boomerangs on the wives and children during and after the lifetime of the father's demise.

I pose a question here, do you think it is still necessary to subscribe to polygamy after all this discussion? Think it through today and don't take a lifetime decisions on a religious belief of the days of tzar tzar. 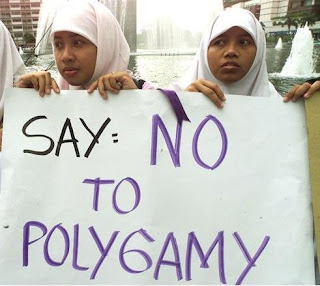