The Face of the CABAL Affecting Nigeria's Growth and Development 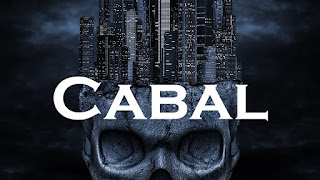 My very first encounter with the word CABAL as formed by five intriguing ministers of Charles II (Clifford, Arlington, Buckingham, Ashley, and Lauderdale) was at my secondary school level through an erudite grammarian scholar's textbook. In his teaching, he described the term as a secret agency which comprises of selected few people that play an inextricable role in the operations and activities of a particular government - organisation, constituency and so on.

Since the good old days "secondary school", it has been a popular story every now and then that Nigerian government is been controlled by some small sect tagged CABAL. At this juncture, I begin to wonder who the CABALs are? Where they are? Why their faces have been secretive? and above all, Why they exercise power over a constituted authority?

Before giving a detailed answer to the questions above, it is an utmost priority to state what bore out this piece and particularly what spur the author to action. On the 3rd December 2017 at around 2pm, the former aviation minister and powerful writer amongst other in Nigeria (Reuben Abati, Reno Omokiri, Wole Soyinka e.t.c.) Fani-Kayode shared a thoughtful piece on the Seven-Fold Yoke and the CABAL that own Nigeria. This piece in itself gave an encompassing note on the state of the nation as a result of the CABAL in question.

READ ALSO; How Consciousness Can Free Nigerians from Slavery Today
Nevertheless, the questions raised above becomes a necessity - pregnancy of 9months or more waiting to be delivered. Based on the first question related to who CABALs are in Nigeria, it is crystal clear that the face in question is as limited as possible - which is arguably lesser than the people that make up a cabinet in Nigeria. In the piece shared by Fani-Kayode, all arrows seem directed at the Hausa-Fulani Caliphate - as the core group (among others - Yoruba, Igbo) controlling the realms of the affair in Nigeria.

Based on the next question, Where they are? and Why their faces remain secretive? The simple answer to this question is based on their operations - which is usually by codes. Since they are humans too, they are definitely where they are. I want to believe they will have their Aso Rock too i.e. their meeting point with a strict invitation to whosoever that needs to be heard or sent an errand. As for their faces, they remain faceless to the public for their safety and continuity of purpose. As faceless as they can be to the general public, I also want to believe they are not faceless to all the past Presidents/Leaders in this country. In simplicity, all the past Presidents automatically belongs to this CABAL - because they have seen it all.

Last but not the least, the question of why the CABAL exercise more power than the constituted authority remains contestable because of the popular saying "Power pass Power". This saying in itself provides the perfect answer to the question raised coupled with the fact that Nigerians has not been lucky to give the mandate to a fearless leader like the Abacha of those days, Gambia's Abacha "Yahya Jammeh" and Donald Trump of today who can fiercely shake a nation without duress.

MUST READ; How Constituted Authorities of Today Manipulates the Minds of Nigeria
Worthy of note, if Nigeria is 57 as of date then the core CABAL are basically in their 70's. Logically, all the present politicians above 70 years of age are apparently a player in this game. In light of all these, I want to believe there is only one sure path to fight a faceless living being. The path can be spiritual or revolutionary based on the collective consciousness of the general masses. As regards the spiritual solution, all that is necessary at this breathtaking time is to pray for the disunity of whatsoever group working against Nigeria's growth and development.
politics