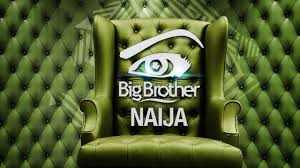 People of different races in the world - white, black, half-caste hold in high esteem different things about their life; outlook, lifestyle, choice/preference among other options. As regards things about oneself, there are some things that should be private to an extent; physically, socially, spiritually, financially and all the``-ly`` you can ever think of. But when what is supposed to be private has been aired, then it is no more private except when it is without the permission of the victim, then, it is simply invasion of privacy which attracts legal implication.

RELATED; BIZARRE THINGS 21ST CENTURY FOLKS ARE CELEBRATING
A reality show is supposed to have a purpose at which it is aiming at. For example, Gulder Ultimate Search, MTN Project Fame, Maltina dance all to mention but a few, have an obvious vision at which they are aiming at but nothing moral can be said of the “entertaining” Big Brother Naija which is known for its excessive immorality, publicized private actions, and corrupt action and so on. It has successfully debased the moral standard of a typical Nigerian youth, and has offended the sensibility of the children. Although it is rated 18 but when a child "stumbles" on it, he/she has been exposed to it.

People who are supposed to be role models for younger ones are the ones leaving bad footprints (example). What happens to the culture, morals, values and traditions? It has all been washed down the drain and now we celebrate immorality like its' no big deal. We now have immorality and insanity wrapped in one package "Big Brother Naija" under a more sophisticated name "entertainment".
I wonder what happens to the nation's broadcasting control agency, which is meant to curtail the raw edges of this programme. At least, those pornographic scenes could have been excluded from the public viewing. The havoc of this television series to the present generation and the upcoming will only harm the cultural values of dignity and sanity.

SEE ALSO; DIVINE MESSAGES TO THE SICK WORLD
On a global scale, this era currently celebrates indecency and immorality since financial status gets skyrocketed from the awkward practices. I therefore believe the world is severely sick, a divine healer is needed to cushion these disastrous platform among others.
#Operation Save Nigerian Culture
#Cry to Destroy the Evils of Globalization
#Spread Sanity
education 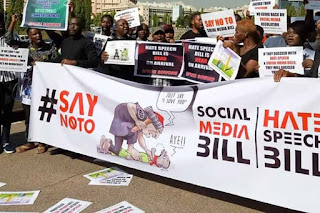