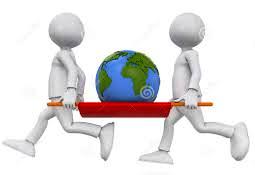 The irony of life remains “soldier go, soldier come”. The world had witnessed the demise of people from across the globe with a little or no significant impact. The same way people move around the world, that same way they leave (mysteriously) with or without any traces.


It is thus observed, some individual had come into the world as if they created it due to their distinctive criteria – fearlessness, utterances, actions and reactions towards issues. In simplicity, their lifestyles does not gel with that of an ordinary being because they possess and demonstrated their uniqueness on different platforms viz; music (singing/dancing), literature (poem/poetry), art/craft (drawings), public speaking (politics, economy, religion).

READ ALSO; Bizarre things 21st Century Folks are Celebrating
Without being chauvinistic, this fellow are rare from any nations of the world – they are simply gifts to the world. The world had lost more than enough messengers from the west to the orient viz; Lucky Dube, Bob Marley, Fela Anikulapo Kuti, Chinua Achebe, Michael Jackson, Nelson Mandela, Martin Luther King to mention but a few. Note, what really matter to them is the delivery of the messages even at the expense of their lives. This is why lot of them died mysteriously in the hands of fellow beings without begging to live once more.

The dead is gone leaving the planet with significant dramas to cope with. The privilege few (livings) who are as spirited as the dead or say they came from the same planet had been making waves too in their respective callings – music, poetry, governance e.t.c. At a particular time in world history, racial discrimination was the order of the day causing segregation, isolation and even bloodshed when it became violent. To an extent today, the waves had been calmed from across the globe due the actions and reactions of the divine messengers. This sole act had united the world irrespective of the colour of their skin and eye. Although, the world is still not free of discrimination reflective in diverse terrorists attack witnessed from across the globe which has been more strategic rather than what we experience on an encounter with another culture.

Nevertheless, the global village had lived through thick and thorns with or without absorbing the messages of the divine messengers. Amongst the messages of the diviners were to “Heal the World”. Obviously, the world wasn’t as sick as it is now when the message was delivered; the hardship of the economy was not at this ebb when Fela Anikulapo Kuti sang Suffering and Smiling; or when Eedris Abdulkareem sang JAGA JAGA. Surprisingly, someone in the past requested for visa when it had never been as tough as this.

What is your take on the aforementioned? The global village (structures and sectors) is definitely sick at the moment needing divine intervention for its sustenance, continuity and development.
#Music is Sick
#Values are Sick
#Fashion is Sick
#Tradition is Sick and Neglected
GOD HELP YOU - NIGERIA
education Health politics