Ten Awkward Lifestyles of "Yahoo Boys" Worth Neglecting to the CORE 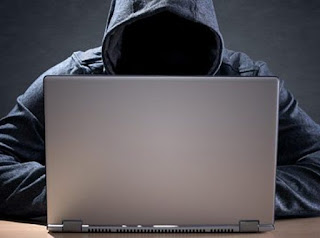 As promised earlier on a post on this blog "Why Yahoo Boys Lifestyle is all You Need to Win Big in Life" to uncover the awkward lifestyles of Yahoo boy worth neglecting to the core amidst the good attitude itemized earlier, I now publish this for your reading and digestion. In essence, the operations, activities and actions of Yahoo boys reflect; the good, the bad and the ugly side. Justice has been made on the good side of these folks worth emulating while the bad and the ugly side will be discussed in this article.

Basically, the awkward lifestyles of newbie and long-time Yahoo boys are as follows;
Without mincing words, 90% of Yahoo boys/men today lived day-to-day on the highlighted which will remain injurious and damaging if followed fully or partly to all and sundry. For better clarity, these awkward lifestyles enlisted above are explained further.

RELATED; What Makes Cybercrime Grows Tremendously Among Nigerian Youths Today
BINGE DRINKING
This is one of the awkward lifestyles of Yahoo boys worth neglecting due to it's social and health implications respectively. On a social note, it is highly inspirational for the gathering of men but it could lead to unnecessary arguements/fights due to the level of individual alcohol/spirits in-take.
On the other hand, the health implication so excessive drinking bears much consequence on the lifespan of such perpetrator because most of their intake are spirits, dry gin or pure ethanol. Invariably, binge drinking is an awkward lifestyle adopted by Yahoo boys all in the name of being rich and famous forgetting the fact that moderacy is key in sailing through all endeavours.

LAVISH SPENDING ON LUXURIES
Well, the way and manner people get their money to an extent determine how they spend it. This is why real business mogul only receives salary from their businesses rather than spending the business money lavishly.
In this case, Yahoo boys from far and near - new and old folks spend excessively/lavishly/provocatively all in the name of living the life of their dreams. They pump whooping sum of money in; cars, clothes, jewellery (especially expensive ones) and lots more. Don't follow their footsteps, they are living for today and don't be surprised they might be nowhere to be found tomorrow.

QUEST FOR MONEY AT ALL COST
The lifestyles of Yahoo boys today justifies the popular saying  "Money is the root of all evil". This saying remains debunkable because the orientation/interest/attitude of people differs from any point of view especially when money is the focus.
Well, it is good to be ambitious and desirous of goodies of life - money, fame and power. But the way and manner people sort-after these remains breathtaking in Nigeria of today. To the Yahoo boys, money is all they want, through any means without minding the end-result on themselves and their families.

MUST READ: Do These Things Consistently if you Need Job Desperately in Nigeria
WOMANIZING
This lifestyle is not only linkable to Yahoo boys but rather to anybody who has the wherewithal (as a result of their profession/occupation) - money, pretty face, cars, jewelleries e.t.c. However, the way and manner Yahoo boys operate in this ministry remains super in nature. To an extent, they are the King in the business because they spend lavishly on whatsoever that interests them - leaving a large number of covetous girls of today with no choice other than to dance to their tune. Through this dealing, most ladies have lost their lives - money rituals while some are actually working for their money as Yahoo girls; Olori Wire, Wire Bitch e.t.c.

HEAVY SMOKING OF ANY KIND
There is no gain saying smokers are liable to die young when some puff daddies lived longer than anticipated. On another note, the fact still remains that smoking is highly injurious to the smoker and paramountly its inhalants. Due to the health implications, Yahoo boys who can smoke anything (weed, skunk, kanaku, shisha..) on any platform is worth avoiding to the core.

EXCESSIVE USE OF NARCOTIC DRUGS
Drug use/abuse is a proven issue emphasised by drug law enforcement agencies in Nigeria to avoid unnecessary incident/accident (killing of a fellow being, public stupidity...). Yahoo boys today are living examples of people who use drugs for the support of their task or enjoyment but its effect can be devastating if abused.

IMMORAL DRESS SENSE
Most Yahoo boys today dress in a certain way that they will be easily spotted while some actually dress in rags to avoid being noticed. This lifestyle is not encouraging at all because they ain't proud of their dealings.  Special thanks to them for the popularity of sagging and the use of designers worth more than what their parents can afford.

READ ALSO; Five Places Knowledge can be Easily Acquired in Life - No.3 will Amaze you
CLUBBING EVERY NOW AND THEN
This is simply the house of most Yahoo boys when they hit their target. Note, this is not a place to visit frequently but because they want to feel superior over other participants "Game Boys", they go extra mile to keep themselves as regulars.

ZERO REGARD FOR TOMORROW
Tomorrow in itself is a mirage in totality, hence, Yahoo boys believe in their day-day endeavours. This is why they go broke and therefore resort to rituals just to continue their usual daily routine activity. Only relatively few like 'investorbj' give regard for tomorrow.

ZERO REGARD FOR FAMILY NAME
Due to the nature of their hustle, they tend to neglect their family names to front nick names just to cover their shiii. Invariably, the damage they are doing to themselves will also be traced back to somewhere since they do not drop from the trees like mangoes. Hence, remember to live day in day out protecting your family name always. Don't be like them, family first.

Above all, the highlighted awkward lifestyles of Yahoo boys above should guide you on how to live a purposeful life.
lifestyle