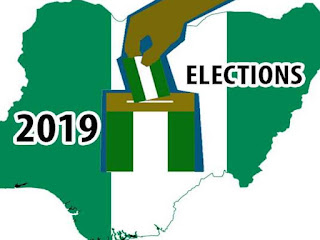 As the days of the 2019 election draws closer in Nigeria, a lot of intriguing events, reactions, utterances and activities continues to reflect itself from the aspirants to the political gods, non-aspirant and finally to the political parties. All of these dramas had made and continue to make the year's election predictable and remarkably different from the past. On that note, the following are the indicators and certainties to manifest in the 2019 electoral activities in Nigeria.

Transparency of the Election
Going by the wave of happenings lately, on the basis of elections conducted in some states in Nigeria like Osun and Ekiti; it is clearly observable that the 2019 election will be nothing different from such. The atmosphere that ushered in the current government is not the same - where the general masses publicly declared and worked towards the change they so-called desire with assurance and hope from a chosen leader. As it is today, the euphoria isn't there.

The house is currently divided coupled with the fact that the major opposition party's candidate is stained and taunted by some past allegations. These and many more would definitely dim the transparency light of the forthcoming election without also forgetting the fact that the love of power by the incumbent government cannot be underestimated.

READ ALSO: Notable Lessons from Chief Olusegun Obasanjo's Documentation about Atiku
Vote Buying Culture
This year's election won't be an exception on the act of vote buying by respective aspirants of different political parties. This time, vote buying amount would skyrocket as seen in the recently conducted gubernatorial election in Osun and Ekiti as against the past years, where food infrastructure was the order of the day. Noteworthy, both stomach infrastructure and pocket infrastructure would be catered for in this year's election.

Vote Selling Culture
Well, without the vote sellers there won't be any vote buyer. Invariably, the availability and the accessibility of vote sellers cannot be underestimated in achieving the vote buyer's intention. This year's election is also going to carry on vote selling culture but in a more sophisticated manner - where voters would receive stipends from any party available and cast their vote accordingly.

The Possibility of Electoral Rigging
As things are, obvious to the philosophers' and also the sensitive observer, it is reflective that the level of campaign embarked on by the political parties is quite limited compared to yesteryears. This in itself serves as an indicator justifying the possibility of rigging and vote buying activities in the forthcoming election. Nevertheless, the possibility of such act of rigging has been exposed by former President Chief Olusegun Matthew Okikiola Obasanjo who says: President Muhammadu Buhari is planning to rig election by recruiting coalition officers. He likened the incumbent President's action to that of the then ruthless Head of State "General Sani Abacha".

SEE ALSO: How to Live and Triumph in Nigeria of Today
Aspirant's Debate
This year's debate by aspirants is nothing short of an expectation as some parties participated while some gave excuses as usual. In that case, the 2019 debate by aspirant is quite reaching an enlightenment stage compared to yesteryears. The transformation and achievement of these wishes is just another thing to worry about.

Voter's Turnout Rate
In an ideal sense, the level of voter's turnout rate is a veritable measure to grant the desires of the general public. This in itself reduces the chances of electoral rigging as reflective in the year 2015 election. On that note, the level of voter's turnout rate would be relatively low compared to immediate past ones due to political apathy and its cohort.
politics