Why Gossip Bloggers get more than they Bargain for TODAY 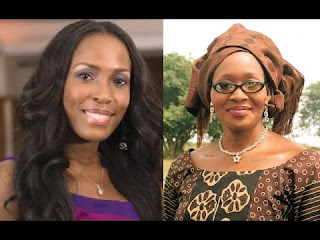 Blogging as a lifestyle or form of business has enveloped within itself many dimensions people can focus on, in order to pass the desired message across to an audience. The dimension at which bloggers focus on differs based on one's interest - sports, technology, news, food, lifestyle, education, health, relationship, entertainment or gossip respectively.

Basically, all these dimensions form the basis for blogging while it is also possible for a blog to encapsulate different dimensions (aside gossip) trying to educate its audience on what is happening in all walk of life. Such is the case of Realities of Today's Blog.

However, writing in the name of "blogging" has the tendency of exposing the author(s) or the site owner to different form of attacks - abuse (verbal/physical), law suit, imprisonment at the extreme as a result of publishing inaccurate news about people's lives, organization or a particular government. Among the platforms enlisted earlier, the potential suitor of this act are named gossip bloggers. Gossip bloggers today within and outside Nigeria are exposed to a different form of criticisms/attacks which have actually gotten some of them more than what they bargained for.

READ ALSO: Why Query Indigenous Morals, when New Trend Drags Moral in the Mud
Gossip blogging as an aspect of blogging intrudes into the private lives of different kind of people (celebrities/dignitaries in particular) - artists, models, musicians, actors, actresses, sportsperson - organizations and government trying to shade them of their imbalances and challenges.

Arguably, this act of gossip bloggers brings to them more readers from all nooks and crannies thereby increasing their ROI- Return on Investment. On another note, it has actually put some behind the bars for a couple of weeks - the case of Kemi Olunloyo and also several threats of lawsuits from several celebrities; Funke Akindele, Tonto Dike e.t.c. to the number one blogger in Nigeria "Linda Ikeji".

Gossip bloggers, therefore, get more than they bargain for because most of their gossips which brought them financial returns has actually caused majority broken homes, financial backwardness, loss of reputation, divorce, separation, psychological imbalances, hates, loss of friendship, public abuse and lots more. On another note, minor issues affecting people (marital in particular) which can be easily managed and settled amicably are thereby escalated to the public face which often makes the situation unmanageable . Due to these results, several threats have been made against gossip bloggers to the extent of battering e.t.c.

MUST READ; How to Manage the Potential Risks of Marketing Job as a LADY
Nevertheless, this act of such bloggers has accorded them more frenemies among their fellow bloggers within and outside their jurisdiction because they are doing what they love to do - so to say. Due to these, here are important lessons for up and coming gossip bloggers;