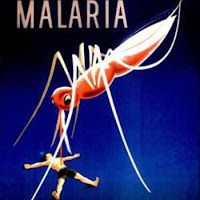 • The name of the disease comes from the Italian word mal'aria, meaning "bad air"

• Malaria is transmitted to humans through bites by infected mosquitoes

• Malaria occurs mostly in poor, tropical and subtropical areas of the world

• Malaria was eliminated from the US in the early 1950s, but the mosquitos that carry and transmit the malaria parasite still remain, creating a constant risk of reintroduction

• An estimated 3.4 billion people in 106 countries and territories are at risk of malaria - nearly half of the world's population 10

• Annual funding for malaria control in 2013 was three times the amount spent in 2005, yet it represented only 53% of global funding needs

• The World Health Organization (WHO) has set out to reduce all malaria cases and deaths by 90% by 2030.