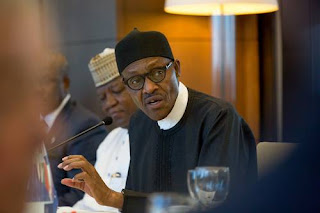 It is no longer news that President Buhari eyes a second term bid just like his predecessors in the history of Nigeria except for the case of untimely death. This public declaration of Mr President has generated a lot of controversies among different categories of people – intelligentsias, politicians, business mogul and the general masses.

The first direct attack on this second term bid can be traced to an open letter served by Ovation International CEO “Mr Dele Momodu”. In case you are not familiar with the letter, the bottom line of the statement he made was that Mr President should let go of the second term bid stating that majority of the frontiers were just against the Realities of Today. He noted clearly that it would be more dignifying i.e. grace saving to leave the helms of Nigeria’s affairs without further harm or accident to the general masses and the state of the economy. The embodiment of his letter is similar to a letter served by Obasanjo to Goodluck Jonathan.

MUST READ: The Face of the CABAL Affecting Nigeria's Growth and Development
In a span of days to the Mr Dele Momodu’s letter, much-respected icon and politician Chief Olusegun Obasanjo dropped twenty pages of an elaborate letter (according to Premium Times) against Mr President’s second term bid. The content of the letter captured Nigeria’s reality as a result of the actions of the government in power and not as a product of past political administrations. The letter also emphasized on the health status of Mr President which plays against his will to lead and approach issues appropriately for the benefit of all and sundry.

Worthy of note, this is the usual way of Chief Olusegun Obasanjo’s warning about political catastrophe, which has never failed to manifest. Some history-minded fellow “politicians” rebuffed the letter saying the writer who tried everything possible for a third term bid has little or nothing to say on Mr President’s desire to bid for a second term.

From my end, I think Chief Olusegun Obasanjo’s past deeds are resurfacing to mitigate against his public declaration lately. This is another reason the likes of Ayodele Fayose (former allies), Dr Iyabo Obasanjo (his daughter) and host of other takes him to be a jester. As for Dr Iyabo Obasanjo, her response to her dad’s letter to Mr President is nothing but a reflection of her anger towards the kind of father she has (based on how he treated them right from childhood).

READ ALSO: What Will Account for Worthy Aspirant in Nigerian Politics Today
I also want to reinstate the fact that it is crystal clear that Chief Obasanjo’s open letter touched every nook and cranny of Nigeria’s current milieus – which he believed the current government in power couldn’t manage or ameliorate at any point in time.

For a better clarity, how best can you rate the performance of the almost concluded government in power per sector? Did you notice any “change” or “deterioration” in any of these sectors; education, health, economy, polity and religion? Nepotism is crystal clear in the operations of the current administration; the economic structure is currently in an epileptic manner; health infrastructures and facilities still not better as Mr President travels abroad for Medicare; education in a shitty state; security of lives and properties still not assured for commoner and host of other challenges. Why dream of a second term bid Mr President and his dear supporters? If four years is not enough to patch things up or put things in order, the next four years bid does not show any positive greenlight.

This is basically a food for thought dear Nigerians as I will be dropping a piece on the basic features of who we need to lead and not rule us come 2019.
politics