Why Venture into Things that Threatens your Freedom 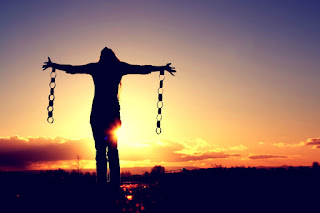 Naturally, every human being is born free at any point in time anywhere in the world but the laid down procedure in such society can, therefore, manipulate the freedom into another thing entirely. In this case, the clan or group one comes from in a society determines to an extent whether the individual is totally free, partially free or a slave.

Freedom in whatever form is, therefore, nature in the making but it can also be seized, threatened or suspended by one’s dealing – day to day activities or by the society one lives in. although, a threat to one’s freedom by the society might seem in obscurity due to the human rights guaranteed in the constitution of the land but, in the real sense – such freedom can be threatened/seized by the leading authority of the land. This notion brings the quote of President Idi Amin’s of Uganda necessary “Freedom of Speech is Free but Freedom after Speech I can’t assure you. In the same vein, the current hate speech campaign by APC government is another worthy example which threatens freedom of expression.

READ ALSO; Why Adopting "Yahoo Boy" Lifestyle is All You Need to Win BIG in Life

Based on the theme of this article, it is therefore worthy to reveal the activities that threaten or wage war against one’s freedom in conjunction with its end result and why it is necessary to avoid such activities. No matter how good freedom is, some people still venture into things (different) and activities that put them in a tight corner for reasons best known to them.

To mention but a few, such activities are;
Having listed the points overleaf, it can be said that such activities are more of a masculine thing than feminine. This is not to say females are God sent but the emphasis of this piece centers more on the males’ daily engagement in the name of work or enjoyment. For instance, why venture into Cultism, Yahoo Yahoo, Narcotic Drug Use, Robbery? When it threatens your natural gift of freedom. Why involve yourself in cultism when you know you can’t publicly declare your identity?

Why, is it
I want to believe all of this put together is not worth your freedom – which is why most top intelligentsia leaders in cult groups today advice people not to join (because their freedom is at a risk already). In essence, what you enjoy as a free citizen they don’t get to enjoy – because they are always running for their life which would one day be seized by their group members or their co-hunters from another group.

MUST READ; This is the Likely Thing that will END this World
On a second note, Yahoo Yahoo or say Yahoo Plus is another trending activity of guys that threatens their freedom nowadays. This activity today is more or less like the game of hide and seek played by children (if you don’t know the game, try to ask your younger ones). This game of guys today is apparently an illegal activity that has tarnished the image of Nigeria as a nation. This act has branded Nigerians as one of the most fraudulent people to deal with in the world today. Due to this, guys continue to play this game hiding and seeking shield from some police officers especially the Special Anti Robbery Squad because their freedom to play the game is under threat.

Why run helter-skelter when your freedom is a natural gift?
I want to believe their conscience pricks them, that’s why they hit and run. Hence, for the sake of the natural gift from God, it is necessary for you to switch from your current activity to that which guides your freedom.

Robbery as a case is a crime committed by either male or female all in the name of making ends meet. This act is not restricted to a particular age, group or gender (most especially males). This activity, therefore, wages serious war against their freedom because the perpetrator operates like a ghost in the dark but the moment light shines on the perpetrator, his/her freedom gets threatened seized automatically.

ALSO READ; Five Places Knowledge Can Be Easily Acquired in Life
Last but not the least, drug use today is becoming a trending activity among niggas – guys today in the name of enjoying life. Worthy of note, the enjoyment is always presumed to be in camera because of the legal provision against such use. As such, the moment the perpetrator get exposed or caught. The freedom of such fellow remains either seized or suspended temporarily.