Eighteen (18) Things to Manifest in Nigeria Before 2018 Runs Out 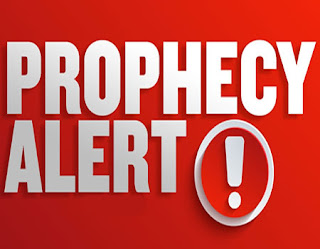 The journey of 365days usually begins with one second, ticking from the month of January and definitely stopping in the month of December with so much drama to talk about in between. The year 2017 like other outdated years has come and gone with jaw-breaking experiences in Nigeria under the rule of the change advocators. However, as fresh as the year 2018 is, it has also come with its own drama visible to the blind and in fact, audible to the deaf. In essence, lots of activities, both good and bad would manifest this year to individuals, private and public establishments, as well as the society at large.

Naturally, these things would be recorded - births, deaths, seasonal change, and all sorts. On the other hand, there lie other things to manifest this year in Nigeria without natural inclinations. Few of which manifestations are:
MUST READ; The Face of the Cabal Affecting Nigeria's Growth and Development
ECONOMIC RECOVERY
It is a known fact far and near that Nigeria's economy hit the rock since the transition to the All Progressive Congress political (APC) in 2015. Although, the rationale behind the economic twist is presumed to be linked to past governmental misconducts and mismanagement of national resources alongside global crisis. The Year 2017 seems to be the most breathtaking year for the general masses because inflation was high, the value of Naria devaluated, cost of living was high, the standard of living dropped, survival was literally for the fittest with more withdrawals than deposits recorded.
This Year "2018" would rather experience economic recovery not in a total sense but at a positive probability, the reason being that there is a high level of political prick-teasing as election-year draws closer. Do not be surprised when an economic summit is staged pulling together the then "bad eggs" but economic wagon to save the nation from the economic mess. In essence, the change advocators would for the first time ever, take economic resuscitation very serious without shifting the burden to the general masses.

MR PRESIDENT'S HEALTH CHALLENGE
It is no longer news that Mr President's health situation is under intensive care due to his long-term medical trip abroad last year. Do not be surprised if he gets medical attention and supervision outside Nigeria again.

DEATHS OF STRONG POLITICAL OPPOSITION
The Year 2018, being the year preceding the election year in Nigeria, is a normal occurrence for Nigeria to experience a political clash within and outside political parties. Such clashes could be very bitter, leading to the perpetual death of oppositions at local, state and federal level. The case of Dipo Dina, Bode George, Funsho Williams, M.K.O Abiola, Sanni Abacha has demonstrated the ferociousness of Nigeria's politics. 2018 would most likely also record this scenario irrespective of the geopolitical zone.

VERY IMPORTANT: Twelve (12) Trends that Rocked the Year 2017 in Nigeria
LIES AND DECEPTION (L&D) AT THE EXTREME
Little is actually what we witnessed in past years, what is really in stock for us is the L&D which should not take one at unawares. Be calm audience! as 2018 would also serve you with L&D not just because the election year is at hand but because it is deeply inculcated into our political values.

HEAVY CASH FLOW
Cash flow in 2017 was a big issue in Nigeria with the operation of Treasury Single Account (T.S.A.). This year would, therefore, experience a heavy cash flow from the government to the governed as witnessed in Nigeria during Jonathan's Second term bid in 2014/2015.

DIVERSE POLITICAL STRATAGEM
This year would experience the diverse use of political stratagem by aspirants and incumbent office holders to increase their chances of winning during the election come 2019. Such stratagems are; creation of empowerment programmes, carpet crossing, the creation of tentative job opportunities for youths, disbursement of funds to the ageing groups and so on.


ALSO, READ: Ten Signs Economic Recession Still Dwells in Nigeria Today
CORRUPTION AT THE EXTREME
The year 2018 would also allow more corruption to thrive among current office holders for the sake of the fast-approaching election year. This act would spread like wildfire just to finance the diverse political stratagem discussed earlier.

RIVALRY BETWEEN DOMINANT RELIGIOUS GROUPS
This year "2018" would not be the end of the rivalry between Christian and the hardened Islamists or the wrong believer as claimed. Hence, the attack would continue to be directed at Christians with the aim of moving closer day by day to achieve Islamization.

EDUCATION AND HEALTH SECTOR STANDARD
The standard of the education and health sector would continue to deteriorate because the government concentration this year is directed towards the election year. Little or no attention would also be given to the health sector because of the majority if not all of the officeholders seek medicare abroad.

DEATHS OF CORE LEGAL PRACTITIONERS
This year would also record the demise of core legal practitioners for socio-political reasons.
politics